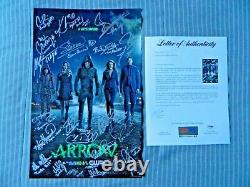 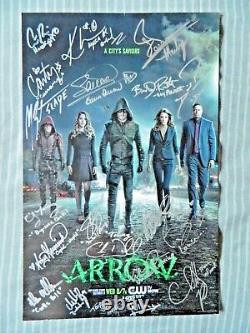 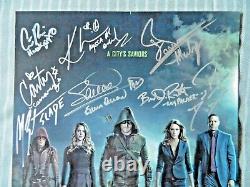 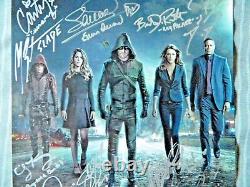 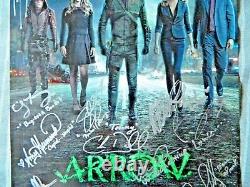 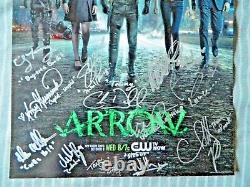 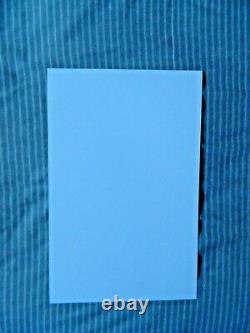 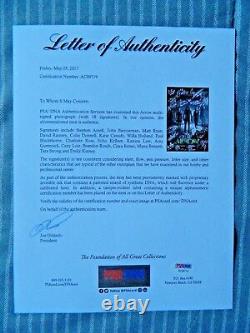 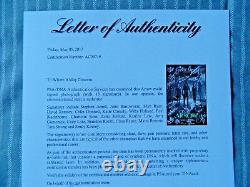 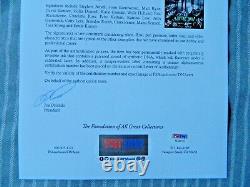 The Arrow Cast Signed Poster was signed at the Heroes and Villains Fan Fest on August 27, 2016 at the San Jose Convention Center in San Jose, CA and was signed by Tara Strong at BABS Con 2017 in Burlingame, CA and by Emily Kinney at the 2017 Walker Stalker in San Francisco, CA and it was signed by Summer Glau at the 2017 San Francisco Comic Con on September 2, 2014 at The Moscone Center in San Francisco, CA and was signed by Michael Dorn on October 14, 2017 at 2017 Star Trek Convention in Burlingame, CA at the Hyatt Regency SFO. There are 20 total autographs. All of the signatures on the poster has been authenticated by PSA/DNA except for Summer Glau and Michael Dorn.

Sometime in the near future I will be getting the new autographs authenticated by PSA/DNA. The item "Arrow Cast Signed Poster 11 x 17 Stephen Amell Willa Holland (PSA/DNA AC09719)" is in sale since Thursday, December 8, 2016. This item is in the category "Entertainment Memorabilia\Autographs-Original\Television". The seller is "mikegumby25" and is located in San Francisco, California.