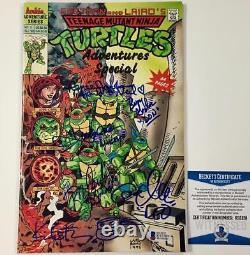 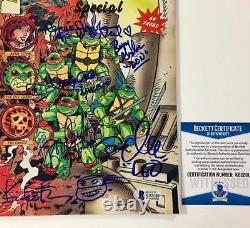 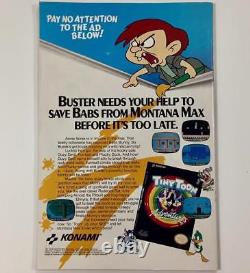 This original comic book is signed in blue Sharpie by all 4 voices of the Turtles & the voice of April O'Neil from the original cartoon + the creator of the Ninja Turtles cartoon & comics, Kevin Eastman. Rob Paulsen (voice of Raphael).