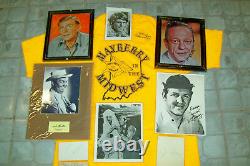 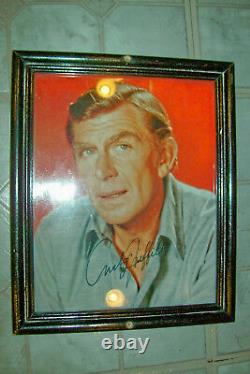 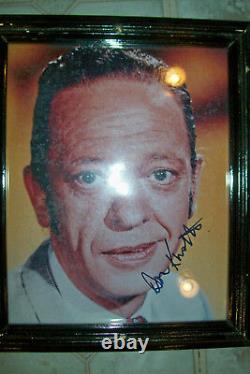 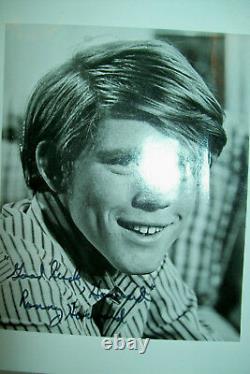 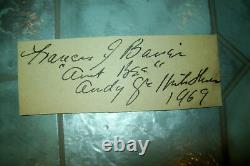 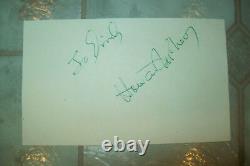 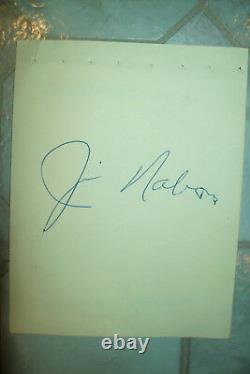 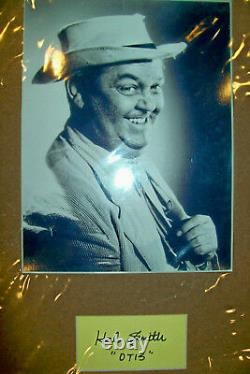 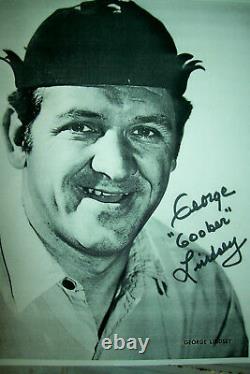 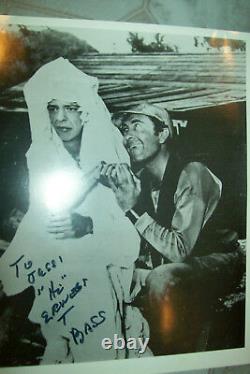 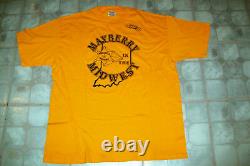 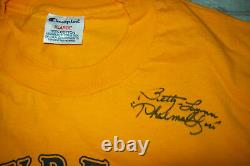 If you're a fan of The Andy Griffith Show , here's something that you'll love. It's a collection of autographs from nearly every major cast member from the show. All of these are original, hand-signed items -- no reprints, reproductions, or copies. Almost all of these actors are deceased; the only one who's still around is Betty Lynn, who played Barney's girlfriend Thelma Lou.

Bavier'Aunt Bee' Andy Griffith Show 1969 Bavier died in 1989 but stopped acting in the early 1970s, and hers is one of the most difficult autographs to find from the cast. HOWARD MCNEAR (Floyd, The Barber) 3" X 5" card Signed "To Emily Howard McNear" McNear died in 1969 and because he made virtually no public appearances, his autograph is by far the most difficult to find from the cast. JIM NABORS (Gomer Pyle) 4-1/2" X 6" paper Signed "Jim Nabors".

Signed "To Jessi'Hi' "Ernest T. Bass Pictured with Don Knotts. BETTY LYNN (Thelma Lou) Signed on a Mayberry in the Midwest T-shirt (size XL) Signed "Betty Lynn'Thelma Lou'" Shirt is unworn. These items could be professionally framed and matted, and they would make a fantastic addition to any collection of vintage memorabilia from The Andy Griffith Show. These items are NOT available individually, and I will not break up the set. The item "Original Hand-Signed Autographs of the Cast of The Andy Griffith Show" is in sale since Wednesday, May 1, 2019. This item is in the category "Entertainment Memorabilia\Autographs-Original\Television". The seller is "the_nostalgia_guy" and is located in Noblesville, Indiana. This item can't be shipped, the buyer must pick up the item.