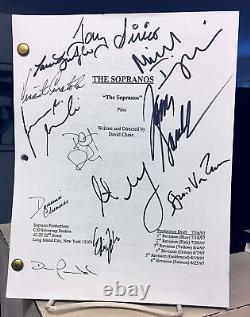 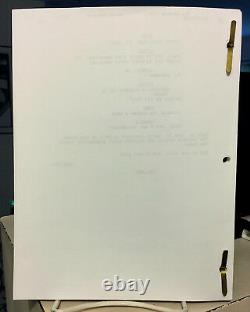 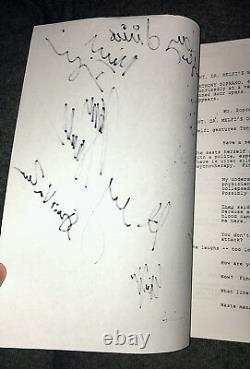 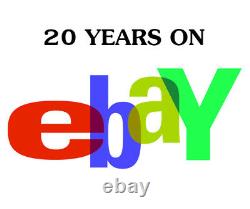 Gannascoli (Vito) and Dan Grimaldi (Patsy). The script is in fine overall condition, just about Near Mint shape. It has been well-preserved for over ten years.

All twelve of the black Sharpie autographs are neat and strong. You can see bleed-through on the back of the front cover, so you know this is NOT A COPY. The signatures are guaranteed 100%. This particular Sopranos signed script dates to early 2006, based on the combination of cast members that have autographed the front cover.