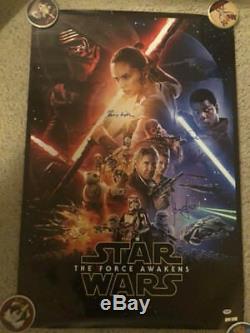 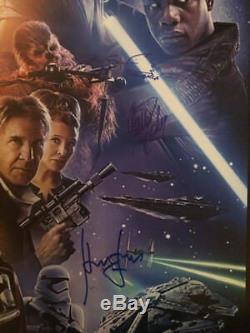 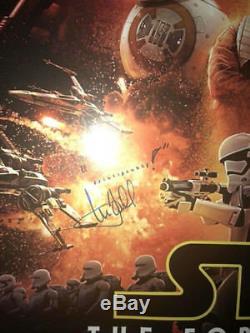 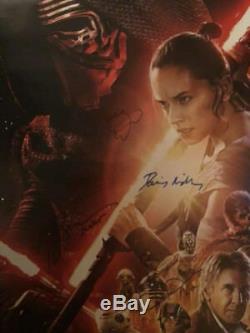 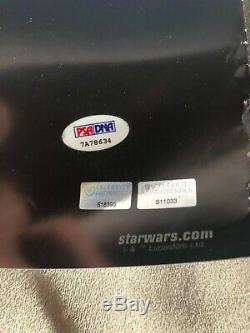 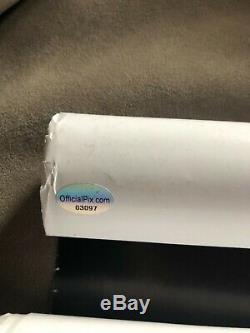 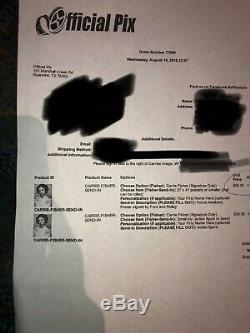 This is a single sided reprint move poster from the Episode VII, Star Wars: The Force Awakens. The key to this amazing piece is that it's signed by Carrie Fisher. She passed shortly after the film, and only made a couple of convention appearances, making her signature on anything Force Awakens considerably rare, in demand, and highly sought after. There aren't many posters out there from The Force Awakens with her signature on it, and there are even fewer with both her and Harrison Ford on them. Harrison Ford---Official Pix Private signing (COA from OPX Included, see OPIX holo).

Anthony Daniels-----Official Pix Send in signing. All signatures are signed in blue. Signatures all guaranteed to pass 3rd party authentication such as PSA or Beckett. I'll gladly provide you with more photos, close ups if needed, if requested. Prices keep rising on quality Star Wars signed items, and even more so on rare pieces such as this one. Jump on it now before prices escalate again. The item "STAR WARS THE FORCE AWAKENS CAST SIGNED AUTOGRAPH MOVIE POSTER CARRIE FISHER OPX" is in sale since Thursday, March 29, 2018.

This item is in the category "Entertainment Memorabilia\Autographs-Original\Movies\Posters". The seller is "madchimp" and is located in Bloomingdale, Illinois. This item can be shipped to United States.