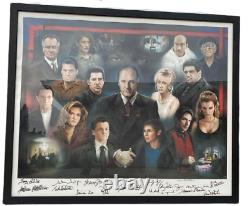 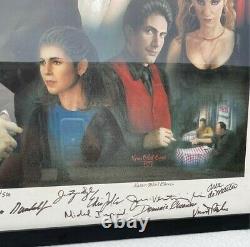 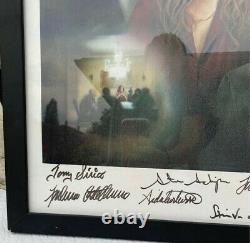 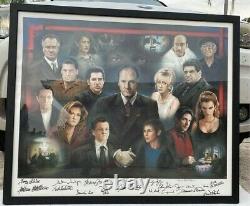 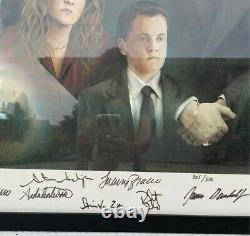 The story of New Jersey crime boss Tony Soprano trying to manage both his biological family and his criminal one debuted on June 10, 1999. The long awaited, much debated final episode took place on June 10, 2007.

The most widely viewed program in the history of cable television was also a huge critical success, winning 18 Emmy Awards. TV Guide deemed it the greatest dramatic series in television history, while the New York Times said it may have been the greatest work of American popular culture of the last quarter century. This print has also been signed by the artist, Karen O'Neil Ganci. This item will come with a Sopranos Memorabilia hologram and COA for authenticity purposes.

This item is in the category "Entertainment Memorabilia\Autographs-Original\Television". The seller is "yoursportsmemorabiliastore" and is located in this country: US.