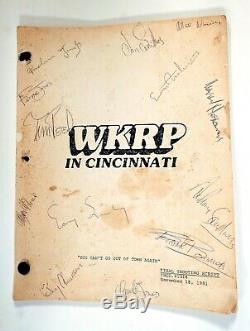 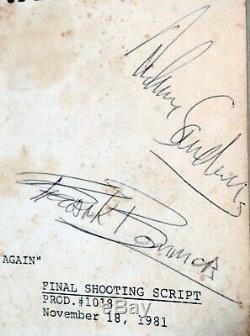 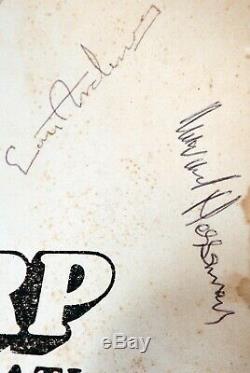 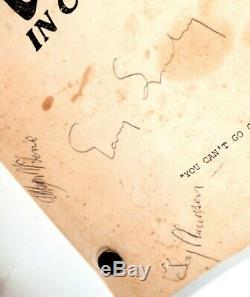 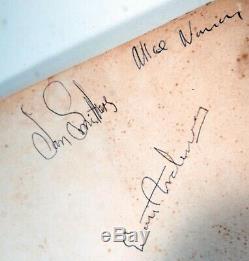 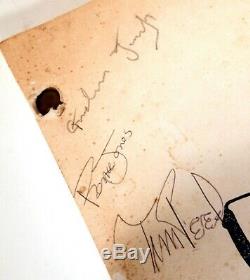 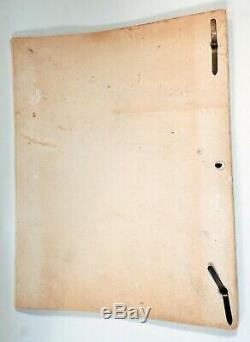 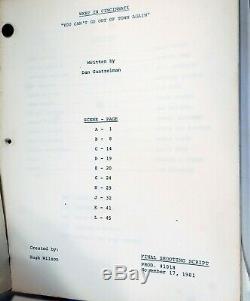 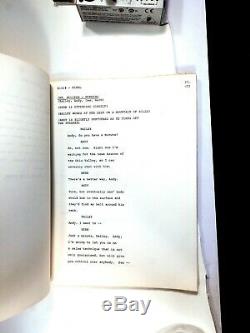 This is a Final Shooting Script for WKRP In Cincinnati, Prod. #1018, You Cant Go Out of Town Again.

It is signed on the front wrap, by all of the cast members. This show was shot at CBS Studio Center, Studio City, California. The script is dated, November 18, 1981 and it was released on January 13, 1982.

The following signatures are on the front. The script, itself is in Very Fine condition, with bright, unmarked pages, the front wrap has some spotting on it and the top hole, where the brad binds it together is torn and needs to be reinforced. There is also some spotting on the rear wrap. If you loved WKRP in Cincinnati then this is a great piece of memorabilia to own. If you need more pictures or information, please let me know.

The item "WKRP In Cincinnati Shooting Script Signed by Whole Cast" is in sale since Monday, July 22, 2019. This item is in the category "Entertainment Memorabilia\Autographs-Original\Television". The seller is "video_general" and is located in Fillmore, California. This item can be shipped worldwide.